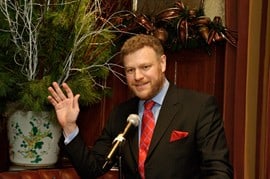 Mr. Gaffney lauded Mr. Steyn as one of the Free World’s most penetrating intellects and as an invaluable asset in the struggle against radicalism.  The event also featured a convocation by Rabbi Yitz Greenberg and remarks by CSP Board of Regents Honorary Chairman Bruce Gelb.

The highlight of the event was Mr. Steyn’s acceptance speech.  At once irreverent and insightful, it revealed his profound understanding of the threats facing America.  For example, he observed, “The madness of the intifada, and the jihad, and Islamist imperialism is calculated and highly effective…. Our enemies aren’t interested in winning the debate, they’re interested in winning the fight.”

He continued: “The more the enemies of free societies step on our feet, the more we tiptoe around.”  We cannot, he warned, “shuffle into a psychological bondage, whose chains are mostly of our own making.”  Honest speech and forthright action are, and will remain, the keys to maintaining our security and preserving our civilization. 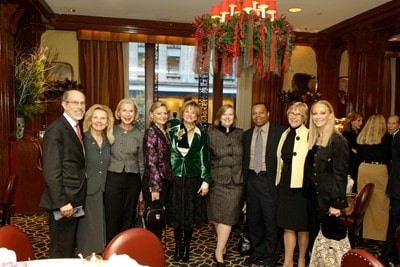 As always, Mr. Steyn delivered his serious message with doses of levity to which his audience warmly responded. His wry humor and vivid insights represent invaluable remedies to the political correctness that generally dominates discussions of the subject of Islamism – and underscore why Mark Steyn’s Mightier Pen is so indispensable to the Free World.