On March 13, 2015, radio and television talk show host Glenn Beck informed his audience that the National Rifle Association (NRA) would be conducting a “transparent” ethics investigation of a member of its Board of Directors, anti-tax activist Grover Norquist. This dramatic announcement came in the wake of a declaration by Mr. Beck two days before. He warned that, if Norquist – whom he described as “a very bad man” – were reelected to an NRA board seat in balloting then underway, he may have to end his long and close association with the organization.

Glenn Beck’s profound concern about Grover Norquist was informed by a dossier developed by the Center for Security Policy (now also doing business as Secure Freedom) and transmitted on February 11, 2014 by ten influential national security practitioners – including Bush ’43 Attorney General Michael B. Muk 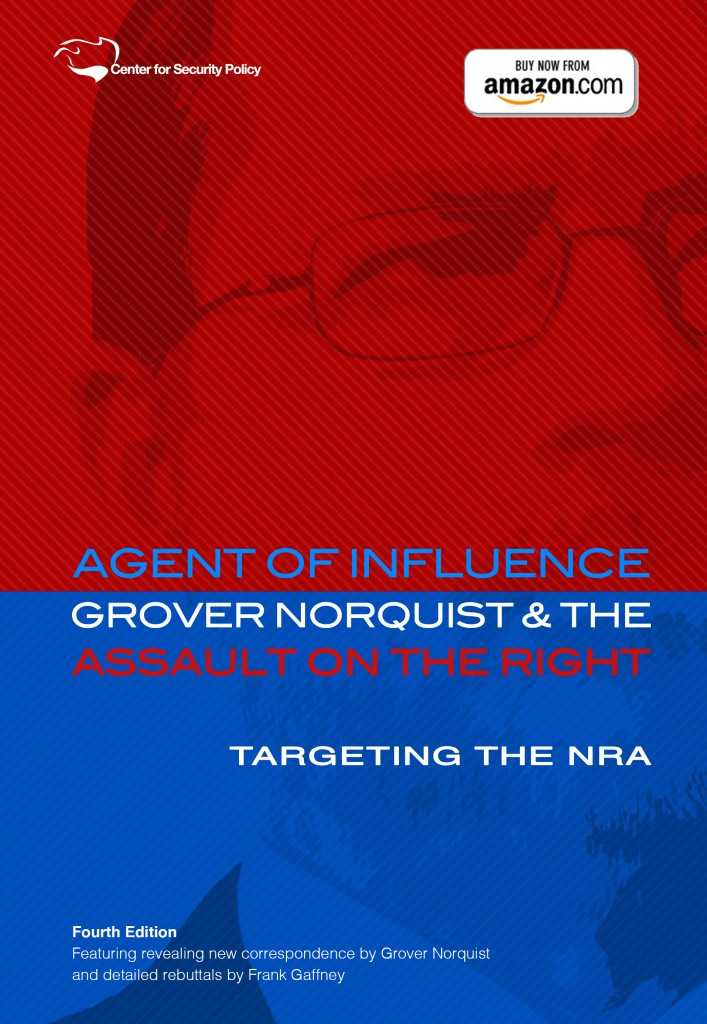 The Mukasey-Woolsey et.al. letter was primarily addressed to then-ACU Board member, Cleta Mitchell, Esq. The transmittal letter urged her and her colleagues to take action against Norquist and a third member of that board, Suhail Khan, on the basis of considerable evidence that Messrs. Norquist and Khan have for years been running influence operations against conservatives on behalf of the Muslim Brotherhood and other Islamist causes.

Unfortunately, Ms. Mitchell had not acknowledged this reality in a memorandum she sent her fellow ACU Board members in September 2011. To the contrary, she professed on the basis of “fairly extensive due diligence” that there was no basis in fact for concerns about Norquist and Khan’s ties to and work on behalf of jihadists. The Mitchell memo actually served as the basis of an ACU Board resolution endorsing the patriotism of both Messrs. Norquist and Khan and, by reference, condemning Center for Security Policy President Frank J. Gaffney, Jr. for calling attention to their ties to Islamic supremacists.

Agent of Influence – Grover Norquist and the Assault on the Right, now in its fourth edition, reproduces the national security practitioners’ letter to Ms. Mitchell and the accompanying Statement of Facts that directly challenged and disproved her representations to the ACU Board. Specifically, as the Statement documents, both Grover Norquist and Suhail Khan have had relationships with a bevy of individuals with strong ties to the Muslim Brotherhood – including jailed al-Qaeda financier and Brotherhood kingpin Abdurahman Alamoudi and a one-time leader of Palestinian Islamic Jihad, Sami al-Arian. This edition of the dossier entitled, Agent of Influence: Grover Norquist and the Assault on the Right – Targeting the NRA, also features highly illuminating correspondence in the Spring of 2014 between Ms. Mitchell and General Mukasey and in the course of Norquist’s NRA Board reelection bid in the winter of 2015. Two of the latter were authored Mr. Norquist, and responded to by Mr. Gaffney.

From Frank Gaffney’s Foreword to the Fourth Edition of Agent of Influence:

The Statement of Facts draws upon a wealth of information from credible government, media and other sources available to anyone interested in knowing the truth about the Norquist-Khan Islamist influence operation and the role it has played in enabling and advancing the Brotherhood’s designs.

Regrettably, such warnings have been met by many of Washington D.C.’s prominent conservatives, as well as the Establishment on both sides of the political aisle and mainstream media, with what can charitably be described as willful blindness.

The National Rifle Association is to be commended for breaking with this practice. Secure Freedom hopes – and expects – that the evidence accumulated in this dossier will help the NRA’s ethics investigation arrive at the only accurate conclusion: Grover Norquist has engaged in conduct on behalf of jihadists and their associates that is incompatible with service in the leadership of the NRA or indeed, that of any conservative organization.

If any Democrat activist had such shady connections, conservatives would be on him like white on rice. Instead, Norquist has gotten away with smearing his critics — most notably, former Reagan official Frank Gaffney of the Center for Security Policy, one of the most decent and patriotic Republicans I’ve had the honor of meeting — as hatemongers….The conservative movement cannot afford to be associated with race-card-playing apologists who refuse to cut their lucrative ties to terrorist sympathizers.