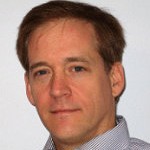 Stephen C. Coughlin, Esq., Senior Fellow.  An attorney, decorated intelligence officer and noted specialist on Islamic law, ideology and related strategic information programs, Mr. Coughlin integrates experience in international law, intelligence, strategic communications and high-level project management in both the national defense and private sectors to develop unique perspectives, assessments and training packages relating to the intersection of national security and law. Often cited as the Pentagon’s leading expert on Islamic law, Coughlin is in demand as a lecturer at leading Defense training institutions, including the Naval War College, Marine Corps HQ-Quantico, and at Staff, Command and Division levels, as well as for the FBI and other agencies and private sector groups.  A Major in the United States Army (res.), assigned to USCENTCOM, with a military intelligence specialty, Coughlin has served in a strategic communications role in CENTCOM-Doha. U.S. assignments have included attachment to the Pentagon’s National Military Joint Intelligence Center, the National Security Council’s Interagency Perception Management Threat Panel, and culminating in his assignment to the intelligence staff of the Joint Chiefs of Staff. Coughlin’s private sector career has focused on international law, competitive intelligence and the development and provision of open source, classified and proprietary commercial data and information products and programs at leading publishing houses such as Lexis-Nexis/Reed Elsevier and West Group/WestLaw. 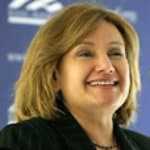 Nonie Darwish, Senior Fellow. Ms. Darwish is an American human rights activist, writer, public speaker and founder of Arabs For Israel. She is the author of the book Now they Call Me Infidel; Why I Renounced Jihad for America, Israel and the War on Terror.Her second book is Cruel And Usual Punishment: The Terrifying Global Implications of Islamic Law. Her speech topics cover human rights, with emphasis on women’s rights and minority rights in the Middle East. Born in Egypt, Darwish is the daughter of an Egyptian Army lieutenant general, who, when assassinated by the Israeli army in 1956, was called a “shahid” by the Egyptian president Gamal Abdel Nasser, although Darwish blames “the Middle Eastern Islamic culture and the propaganda of hatred taught to children from birth” for the assassination. In 1978, she moved with her husband to the United States, and converted to Christianity there. After September 11, 2001 she has written on Islam-related topics. 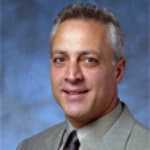 Michael J. Del Rosso, Senior Fellow.  Michael Del Rosso is an accomplished technology executive whose career spans 30 years. He has served as CEO and CTO of large public technology companies and early stage companies. He is a Senior Member of the Institute of Electrical and Electronics Engineers (IEEE), past Chairman of the IEEE-USA Critical Infrastructure Protection Committee (CIPC), a 2006 Lincoln Fellow at The Claremont Institute where he is presently Research Fellow in National Security Policy, Senior Fellow for Homeland and National Security at the Center for Security Policy, and has been a Certified Information Systems Security Professional (CISSP).  He is also co-author of The Center for Security Policy’s recently published book, Shariah: The Threat to America: An Exercise in Competitive Analysis (Report of Team B II).  Mr. Del Rosso has contributed to Department of Defense Critical Infrastructure Protection (CIP) and information security initiatives, Congressional initiatives such as the National Security Study Group and the Commission to Assess the Threat to the United States from Electromagnetic Pulse (EMP) Attack, and has designed and implemented technology solutions for the commercial, intelligence, and defense marketplaces. 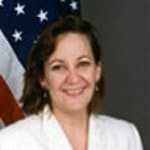 ula A. DeSutter, Senior Fellow. Ms. DeSutter is the former Assistant Secretary of State for the Bureau of Verification, Compliance, and Implementation. The Bureau of Verification, Compliance, and Implementation has principal responsibility for the overall supervision of all matters relating to the verification of and compliance with international arms control, nonproliferation, and disarmament agreements and commitments. Ms. DeSutter brings to her position an extensive background in verification and a career focus on national security and intelligence. She served for over four years as a Professional Staff Member of the U.S. Senate Select Committee on Intelligence (SSCI). Ms. DeSutter was professional staff liaison to Senator Jon Kyl and was responsible for legislation and oversight of intelligence collection, analysis and activities related to proliferation, terrorism, arms control, the Persian Gulf States, India, Pakistan, China, and Afghanistan. Prior to her work in the Senate, Ms. DeSutter held numerous positions in the Verification and Intelligence Bureau in the Arms Control and Disarmament Agency (ACDA). She was selected to represent ACDA as a student at the National War College, then returned to the National Defense University as a Senior Visiting Research Fellow at its Center for Counter-Proliferation Research. Ms. DeSutter holds an MA in International Relations, an MS in National Security Strategy from the National War College, an MA in Economics, and a BA in Political Science. Her work at the National War College earned her the President’s Strategic Vision Award for Excellence in Research and Writing, and she was a Distinguished Graduate. Ms. DeSutter’s publications include Denial and Jeopardy: Deterring Iranian Use of NBC Weapons (NDU Press, 1998). 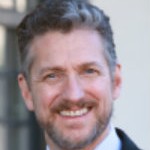 Kevin D. Freeman, Senior Fellow.  Mr. Freeman, CFA, is the founder and CEO of Freeman Global Investment Counsel. In 1990, he wrote a business plan for Sir John Templeton and was hand-picked by him to help build the Templeton Private Client group, which managed nearly $2.5 billion in global markets within a decade. One of the world’s leading experts on economic warfare and financial terrorism, Freeman authored the report “Economic Warfare: Risks and Responses” for the Department of Defense in 2009 and has briefed members of Congress, U.S. Senators, and past and present members of the CIA, DIA, FBI, SEC, Homeland Security, Justice Department, and state and local law enforcement. In his bookSecret Weapon: How Economic Terrorism Brought Down the U.S. Stock Market and Why It Can Happen Again, Mr. Freeman unveils how all the evidence – including motive, means, and opportunity – points to America’s foreign enemies as deliberately pushing our economy over the brink. He argues that our financial system is profoundly vulnerable to financial terrorism, and that we are being targeted for further and even more destructive attacks by our enemies, who want to cripple America as the world’s leading economy. 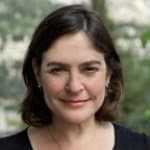 Caroline Glick, Senior Fellow. Caroline Glick is the Senior Contributing Editor of The Jerusalem Post and Director of the Israel Security Project at the David Horowitz Freedom Center. She serves as adjunct senior fellow for Middle Eastern Affairs at the Center for Security Policy in Washington, D.C., and is the author of Shackled Warrior: Israel and the Global Jihad (2008). She holds a B.A. in Political Science from Columbia University and a Masters in Public Policy from Harvard University, served as Assistant Foreign Policy Advisor to Prime Minister Benjamin Netanyahu in 1997-98, and regularly briefs senior administration officials and members of Congress on issues of joint Israeli-American concern. She lives in Jerusalem.  A former officer in the Israel Defense Forces, she was a core member of Israel’s negotiating team with the Palestinians and later served as an assistant policy advisor to the prime minister. During Operation Iraqi Freedom, the widely-published Glick was an embedded journalist with the U.S. Army’s Third Infantry Division. She was awarded a distinguished civilian service award from the U.S. Secretary of the Army for her battlefield reporting.

Dr. Daniel Pipes, Senior Fellow. Daniel Pipes is president of the Middle East Forum. His bi-weekly column appears regularly in the Washington Times and in newspapers around the globe, including the Israel Hayom (Israel), La Razón (Spain), Liberal (Italy), National Post (Canada), and the Australian. His special interests include the role of Islam in public life, Turkey, Syria, the Arab-Israeli conflict, and U.S. foreign policy.

His website, DanielPipes.org, offers an archive of his work and an opportunity to sign up to receive e-mails of his current writings. With 69 million page visits, it is one of the Internet’s most accessed sources of specialized information on the Middle East and Muslim history. He tweets at @DanielPipes.

He received his A.B. (1971) and Ph.D. (1978) from Harvard University, both in history, and spent six years studying abroad, including three years in Egypt. Mr. Pipes speaks French, and reads Arabic and German. He has taught at Harvard, Pepperdine, the U.S. Naval War College, and the University of Chicago. 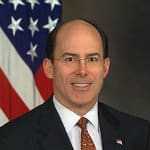 Joseph E. Schmitz, Senior Fellow.  Joseph E. Schmitz served as Inspector General of the Department of Defense from April 2002 until September 2005; before that, while he was a Partner in the international law firm of Patton Boggs LLP, he served as Inspector General of the Naval Reserve Intelligence Command (as a Naval Reserve Captain). He is now CEO of Joseph E. Schmitz, PLLC, a veteran-owned small business law firm he founded in 2008, the core values of which are Integrity, Transparent Accountability, Disciplined Teamwork, and Independence. He graduated with distinction from the U.S. Naval Academy, and earned his J.D. degree from Stanford Law School. In 2013, Mr. Schmitz was inducted into the National Wrestling Hall of Fame (Virginia Chapter) as an “Outstanding American.”

Deborah Weiss, Esq., Senior Fellow. Deborah Weiss is an attorney, author, and public speaker specializing in free speech and terrorism-related issues, and is considered an expert on the Organization of Islamic Cooperation and CAIR.

Formerly, she was the Manhattan Director for the Forbes for President Campaign; Assistant Corporation Counsel in the Giuliani Administration, and a Counsel for the Committee on House Oversight in Congress. She is the author of a monograph titled, “The Organization of Islamic Cooperation’s Jihad Against Free Speech”; the primary writer and researcher for the book: “Council on American Islamic Relations: Its use of Lawfare and Intimidation”, and a contributing author to the book: “Saudi Arabia and the Global Islamic Terrorist Network”.

Ms. Weiss is a regular contributor to FrontPage Magazine. Her articles have also been published in National Review Online, The Weekly Standard, The Washington Times, Human Events Online, and American Thinker. She speaks regularly throughout the United States and is a frequent guest on radio. Ms. Weiss is a survivor from the 9/11 attacks in New York City. A partial listing of her work can be found at: www.vigilancenow.org